What are Drug Patents? 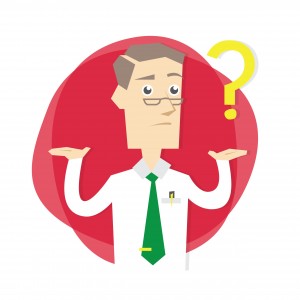 When a pharmaceutical company first develops a new drug to be used for a disease condition, it is initially sold under a brand name. That brand is known also as the “original” drug, being the first marketed drug containing the original compound. The drug is covered under patent protection, which means that only the pharmaceutical company that holds the patent is allowed to manufacture, market the drug and eventually make a profit from it. The drug patent can be awarded differently in the European countries depending on each country’s regulations. The

lifetime of the patent varies between countries and also between drugs. Usually, the pharmaceutical company applies for a patent before the clinical trials to assess a drug’s safety and efficacy have commenced, and the effective patent period after the drug has finally received approval is often around seven to twelve years.

What are Generic Medicines?

Once the original patent has expired, the drug can be manufactured and sold by any other companies that prove the bioequivalence with the original product. At this point, the drug is referred to as a “generic” drug. Generic drugs have to be identical to the branded drug in terms of efficacy, safety, usage, route of drug administration, pharmacokinetics and pharmacodynamics. According to the European Medicines Agency definition, “A generic medicine contains the same active substance(s) as the reference medicine, and it is used at the same dose(s) to treat the same disease(s). However, Generic medicines are manufactured according to the same quality standards as all other medicines.3 After they have been authorized, the European Agency monitors the safety of generic medicines.

Are Generic Medicines as Safe as the Originals?

Yes. The generic drug contains the same compound as the “original” drug. Also, it has the same exposure to adverse effects like the “original” drug. The manufacturing company that is marketing the generic, must provide safety information about the product and perform a number of clinical studies. Generics should only be obtained from a reputable source and used under medical supervision.

Are There Differences Between Originals and Generics?

A generic medicine’s inactive ingredients, name, appearance and packaging can be different than the original drug. In addition, generics can have a plus or minus 20% variation in “bioavailability” of the active ingredient — as long as the effectiveness of the drug isn’t different from the brand name. In rare instances, a person may have a negative reaction to an ingredient in a generic versus the one used in the brand name and vice-versa, if switching from an original to a generic. The differences are discussed in further detail here.

What are the Advantages in Choosing Generic Cialis?

PRICE! The generic drug is cheaper than the original due to the fact that the initial investment in performing the clinical studies targeted to prove the product’s efficacy and safety is smaller. Because the generic maker didn’t have the costs of developing the product, it can charge a much lower price for it. And when several companies are making the same generic drug, competition can drive the price down further.

Cialis works in a similar way to Viagra and is quicker acting and lasts longer. It can be taken when needed, 30 minutes before intercourse. 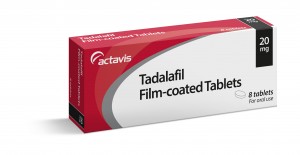 The long-term safety and tolerability of Tadalafil in the treatment of erectile dysfunction has been assessed. It was evaluated in an 18–24-month open extension trial in 1173 subjects (mean age 57, range 23–83 years). The conclusion of the study was that Tadalafil at doses of 5, 10, or 20 mg taken as needed up to once daily for 18 to 24 months was safe and well tolerated. These findings support the long-term use of tadalafil in the clinical management of erectile dysfunction. The most frequently reported treatment-emergent adverse events included a headache (15.8%), dyspepsia (11.8%), nasopharyngitis (11.4%), and back pain (8.2%). Most adverse events were mild or moderate. The percentage of events reported as mild or moderate was 88% and the percentage of events reported as severe was 12%.5

Summary of the safety profile

The most commonly reported adverse reactions in patients taking Tadalafil for the treatment of erectile dysfunction or benign prostatic hyperplasia were a headache, dyspepsia, back pain and myalgia, in which the incidences increase with increasing dose of Tadalafil. The adverse reactions reported were transient, and generally mild or moderate. The majority of headaches reported with Tadalafil once-a-day dosing are experienced within the first 10 to 30 days of starting treatment.

Tadalafil is contraindicated for patients taking medications that contain nitrates, which are usually prescribed for the treatment of angina pectoris. One of the most frequently prescribed nitrates is nitroglycerin, which can also be found in creams, sprays, candy and blisters. Other drugs containing nitrates include isosorbide dinitrate or isosorbide mononitrate. The combination of nitrates with tadalafil can cause a rapid decrease in blood pressure that can lead to heart attack, stroke, and sometimes to death.

Tadalafil is also contraindicated to use with alpha-blockers of any type. Alpha blockers prescribed to people who suffer from high blood pressure and prostate adenoma. You should consult your doctor or pharmacist to find out whether your medication contains nitrates or alpha-blockers and to find out if you are eligible to receive a prescription containing Tadalafil. Please address directly to our pharmacy or our doctor by calling our phone number (01625 460 621).