Erectile Dysfunction is the inability to develop or maintain an erection of the penis during sexual activity. The ability to maintain firm erections during sexual intercourse is a sign of masculinity and indeed all of us would love to be viewed as masculine “Macho” men!
In this blog, we shall get to discuss the various options that would help us have better erections or treat erectile dysfunction.

Understanding the physiology of erection

The physiological process of erection involves the release of nitric oxide (NO) in the blood vessels of the corpus cavernosum as a result of sexual stimulation. Nitric oxide activates an enzyme known as guanylate cyclase which results in increased levels of cyclic guanosine monophosphate (cGMP), leading to smooth muscle relaxation in blood vessels supplying the corpus cavernosum, resulting in increased blood flow to the penis and hence an erection.

Research has indicated various reasons for the development of erectile dysfunction or inadequate erections. This includes: 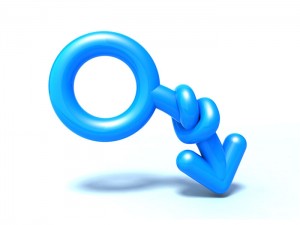 ⦁ Vascular Disease: Erections happen when blood collects in the shaft of the penis. Vascular (Blood Vessel) disease can limit the amount of blood flowing to or staying in the penis. Both can result in problems with erections. Vascular disease is the most common medical cause of impotence.
⦁ Nerve Damage: Nerves must be working normally for a man to get and keep an erection. Nerves can be damaged by disease states such as diabetes, multiple sclerosis, prostate surgery or damage to the spinal cord.
⦁ Psychological Factors: Psychological issues such as depression, anxiety, guilt or fear can sometimes cause sexual problems. Embarrassment or “performance anxiety” can make a physical problem worse.
⦁ Medication: Many medications cause problems with sexual function. These include drugs for high blood pressure, depression, heart disease and prostate cancer.
⦁ Hormonal Problems: Abnormal levels of certain hormones can interfere with erections and sex drive. Hormonal problems, such as a low testosterone level, are an uncommon cause of impotence.
An individual with erectile dysfunction has either a problem getting an erection or difficulty maintaining one. This usually interferes with sexual activity. Erectile dysfunction can happen suddenly or gradually. Some men slowly lose the firmness of their erections or how long the erections last.
In other men, especially those whose erectile dysfunction is largely caused by psychological factors, the problem may occur unpredictably and it can improve at any time. Here again men with erectile dysfunction may continue to have normal orgasm and ejaculation without a full erection.

In highly selected cases a combination therapy using several of these methods together can be used.

Vacuum devices specially designed to produce erections have been used for many years. They are safe and relatively inexpensive. The vacuum device works by using a manually generated vacuum to draw blood into the penis to create the erection. The device consists of a plastic cylinder that is placed over the penis, tension rings of various sizes, and a small hand pump. Air is pumped out, causing a partial vacuum, which creates the erection. Once an erection is obtained, a tension ring is placed at the base of the penis to keep the blood in the penis and maintain an erection.

The vacuum device has been shown to be successful in about 60% of men but the big question is how many of us would be ready to assemble the equipment, hide the tension ring and vacuum ourselves …. There is a lack of spontaneity.

Alprostadil, a synthetic prostaglandin E1 analogue (PGE1) is one of the most commonly used single drug for injections into the penis as a treatment for erectile dysfunction. Self-injection of Alprostadil has been of enormous benefit because they represent the most effective way to achieve erections in a wide variety of men who otherwise would be unable to achieve adequately rigid erections.

One of the major problems with the use of this injections is pain from the medication (not from the injection), priapism (persistent or abnormally prolonged erection), and scarring at the site of the injection. Here again, the big question is how many of us are ready for an injection?

Alprostadil, prostaglandin E1 analogue (PGE1), has been formulated into a small suppository that can be inserted into the urethra. Studies indicate that this drug may be effective in men with vascular disease, diabetes, and following prostate surgery. This is a useful alternative for men who do not want to use self-injections or for men in whom oral medications have failed. The major question here is how many of us are ready to pump pellets into the penis?

Men with low sex drive and erectile dysfunction may be found to have low testosterone levels. Hormone replacement may be of benefit by itself or as a complementary therapy used with other treatments. Libido and an overall sense of well-being are likely to improve when serum testosterone levels are restored.

Replacement testosterone is available as pills, injections, patches, and a gel that is rubbed into the skin. Men with low sexual desire and ED may have low testosterone (male hormone) levels. Hormone replacement may occasionally be of some benefit, especially when used in combination with other therapies. Testosterone supplementation alone is not particularly effective.

The most popular in the class of drugs used for erectile dysfunction are the Phosphodiesterase type 5 (PDE5) inhibitors. Drugs in this class include

Viagra (Sildenafil)
Sildenafil or Viagra was the first phosphodiesterase type 5 (PDE5) inhibitors approved for the treatment of erectile dysfunction. The dose is 50 to 100 mg taken orally 30 to 60 minutes before sexual activity. The maximum dose is 100mg in 24 hours and is not intended for daily use.

Tadalafil (Cialis)
Tadalafil is a long-acting phosphodiesterase type 5 (PDE5) inhibitor. The usual dose is 2.5 to 5 mg taken daily as once a day dosing and on-demand dosing is 10 to 20 mg taken orally 60 minutes before sexual activity with a maximum of 20 mg every 36 to 48 hours.

Phosphodiesterase type 5 (PDE5) inhibitors are contraindicated in patients taking organic nitrates such as nitroglycerin, isosorbide dinitrate, isosorbide mononitrate, and amyl nitrate. Organic nitrates increase cyclic GMP production whereas PDE5 inhibitors decrease cyclic GMP breakdown. Therefore, there is a synergistic (net) drop in blood pressure when PDE5 inhibitors are given with organic nitrates that result in hypotension in some patients. They are also contraindicated in men for whom sexual intercourse is inadvisable due to cardiovascular risk factors.

To conclude it could be said that the phosphodiesterase type 5 (PDE5) inhibitors are the most commonly used and most effective drugs in the treatment of erectile dysfunction. They are the agents of choice for “Better Erections”