What is erectile dysfunction?

Erectile dysfunction is defined as the consistent and recurrent inability to acquire or sustain an erection of sufficient rigidity and duration to engage in satisfactory sexual intercourse.

The process of achieving an erection involves coordination among psychological, neurological, and vascular pathways, which combine to facilitate a physiologic response in the penile vasculature. During sexual stimulation, nitric oxide (NO) is released and activates an enzyme called guanylate cyclase, resulting in an increased level of cyclic guanosine monophosphate (cGMP) in the corpus cavernosum. NO induces relaxation of cavernosal smooth muscle through cGMP.

Erectile dysfunction has a significant impact on the physical and psychological health of men worldwide and can also affect the quality of life of both the sufferers and their partners. It represents one of the few disorders that will motivate young men to see a urologist. Advances in screening and treatment have improved erectile dysfunction detection and management.

Signs and symptoms of erectile dysfunction include:

Causes of erectile dysfunction in men under 40

Before 1970, it was believed that erectile dysfunction in men under 40 is primarily of psychogenic origin. However, the studies conducted in recent years have found that a large proportion of young men with erectile dysfunction also have an organic component to their condition.

The organic component can be further subdivided into vasculogenic, endocrinologic, neurogenic, structural etiologies and medication side-effects. 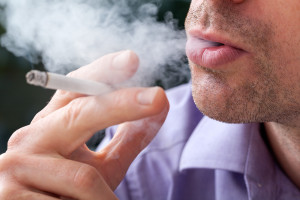 Vascular and structural risk factors for young men with erectile dysfunction include:

Endocrine disorders can affect erectile function, but they do not represent a common source of erectile dysfunction in young men. These disorders include:

In men younger than 40 years, common neurologic causes of ED include: 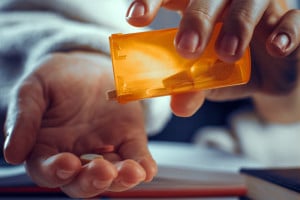 Several medications commonly taken by young men are associated with erectile dysfunction. These medications include:

Anxiety can be involved in the pathogenesis of erectile dysfunction often at the initiation of sexual life. Anxiety can lead to a disproportionate focus on the quality of erection, creating a cognitive distraction that adversely affects arousal and subsequently an erection itself. Also, at least one sexual failure can result in anxiety, with loss of sexual confidence, increasing fear, and contributing to the avoidance of sexual experiences that ultimately increase the probability of future failures, creating a vicious cycle.

How is erectile dysfunction diagnosed?

Diagnosing erectile dysfunction is relatively simple and a process that should leave you with nothing to be embarrassed about. You will need to consult with a registered doctor, who will recommend a treatment based on your symptoms and your physical and mental health, among other things. Your doctor will ask you the following:

Tests that might be performed to establish the diagnosis of erectile dysfunction include:

The hormonal blood tests include evaluation of the following hormones:

Measurement of prostate-specific antigen levels may be appropriate if the patient is a candidate for prostate cancer screening. This screening should be performed only after its risks and benefits have been reviewed with the patient.

The presence of red blood cells (RBCs), white blood cells (WBCs), protein, or glucose can be important clues to a genitourinary disorder.

This test involves the injection of a vasodilator prostaglandin E1, alprostadil into one of the corpora cavernosa.  If the penile vasculature is normal or at least adequate, an erection should develop within several minutes. If successful, this test also establishes penile injections as a possible therapy.

This test evaluates the sensitivity of the skin of the penis to detect vibrational stimuli. In this test, a small electromagnetic test probe is placed on the right and left sides of the penile shaft and on the glans. The vibrational amplitude is adjusted until the subjective sensory threshold is reached, which is determined by questioning the patient. The average vibration sensory threshold in each location is determinate by a series of these tests. This test does not directly measure erectile nerve function, but it serves as a reasonable means of screening for the possible sensory deficit and is simple to perform.

Nocturnal penile tumescence testing involves placing several bands around the penis, connected to a device such as the Rigiscan monitor, and instructing the patient to wear the assembly for 2 or 3 successive nights. If an erection occurs, which is expected during rapid eye movement sleep, its force and duration are measured on a graph. Inadequate or absent nocturnal erections suggest organic dysfunction, whereas a normal result indicates a high likelihood of a psychogenic aetiology.

Duplex ultrasonography can be used to evaluate the vascular function of the penis. In this procedure, blood flow in the cavernosal arteries within the corpora cavernosa is measured before and after the intracavernosal injection of a test dose of a standard vasodilator (eg, 20 µg of PGE1).

Angiography is useful if the patient is a potential candidate for some type of vascular surgery. Young men with traumatic vascular injuries resulting in erectile dysfunction are candidates for this angiography because they may qualify for vascular reconstruction. 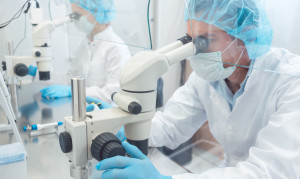 What treatments are available for erectile dysfunction?

In conclusion, the following changes may be helpful for patients with erectile dysfunction:

Phosphodiesterase type 5 inhibitors are considered first-line therapy for erectile dysfunction, is the most effective oral drugs.

Four phosphodiesterase type 5 inhibitors are available on market: sildenafil (Viagra®, Pfizer), vardenafil (Levitra®, Bayer), tadalafil (Cialis®, Lilly-ICOS) and avanafil (Spedra®). These agents do not directly cause penile erections but affect instead of the response to sexual stimulation. Sildenafil was the first in this series of phosphodiesterase type 5 inhibitors. Each of these drugs is highly efficacious in the management of erectile dysfunction although pharmacokinetic and side-effect profiles differ and results for each drug may vary for individual men.

Patients with erectile dysfunction who do not respond to the treatment with oral phosphodiesterase type 5 inhibitors may be treated with vasoactive drugs administered intracavernosal. The first and the only approved drug for the intracavernous treatment of erectile dysfunction is alprostadil. Studies have shown that alprostadil is most efficacious as monotherapy at a dose of 5-40 μg. After the administration of alprostadil, the erection appears after 5-15 minutes and lasts according to the dose injected.

The drug is contraindicated to be administered to men with a history of hypersensitivity to alprostadil, men at risk of priapism, and men with bleeding disorders.

Another approach in the treatment of erectile dysfunction with intracavernous drugs is combination therapy. Using the combination therapy enables the patient to take advantage of the different modes of action of the drugs being used, as well as alleviating side-effects by using lower doses of each drug. The following drugs may be used:

Because of the side-effects that may occur after intracavernous injections, alprostadil may also be administered intraurethral or topical.

The most common adverse events of intraurethral alprostadil are:

The surgical implantation of a penile prosthesis represents third-line therapy in the management of erectile dysfunction. This therapy may be considered only in patients who do not respond to pharmacotherapy or who prefer a permanent solution to their problem.

The penile implants are classified into two categories:

ED symptoms appear to be frequent in men over 35 years of age, mostly due to stressing environment. In younger patients, psychogenic erectile dysfunction is encountered frequently due to stress, or negative emotions.

The first symptoms are mild and transitory and can be associated with fatigue, drinking alcohol or coffee.