We defined the top 10 pharmaceutical companies by the revenue they generated in 2017 and used this as the basis for our study. This is what we found.

The Top 10 pharmaceuticals by revenue

(Converted from USD to GBP)

What’s interesting is that the only two companies generating less than half of their total revenue from pharmaceuticals come in at first and last place.

So we’ve defined just exactly how much the public is making the big pharmaceuticals, and more specifically, how much is earned from their drugs.

So where is it going?

We’ve mapped out where these companies are based below.

Where in the world are they? 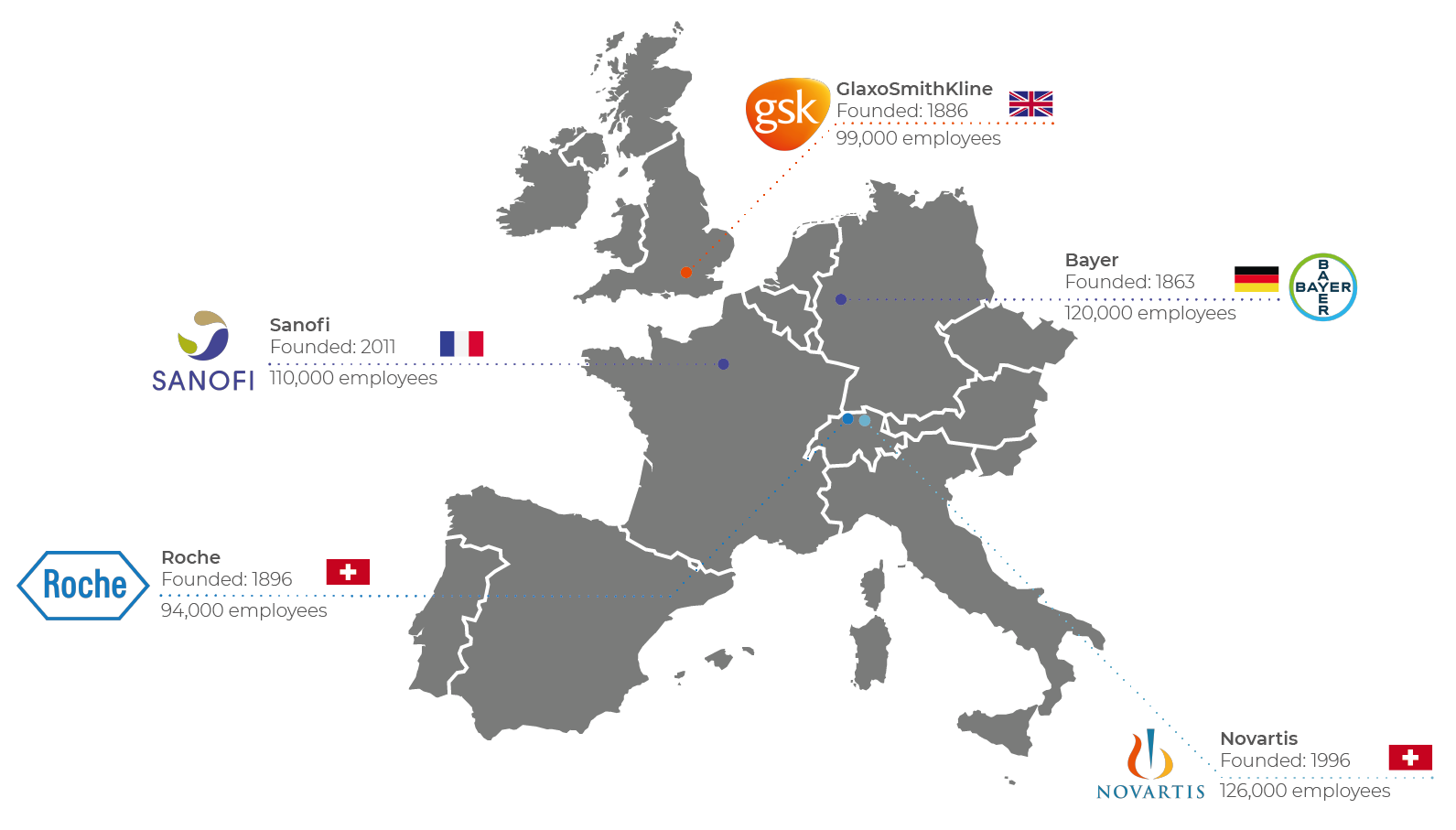 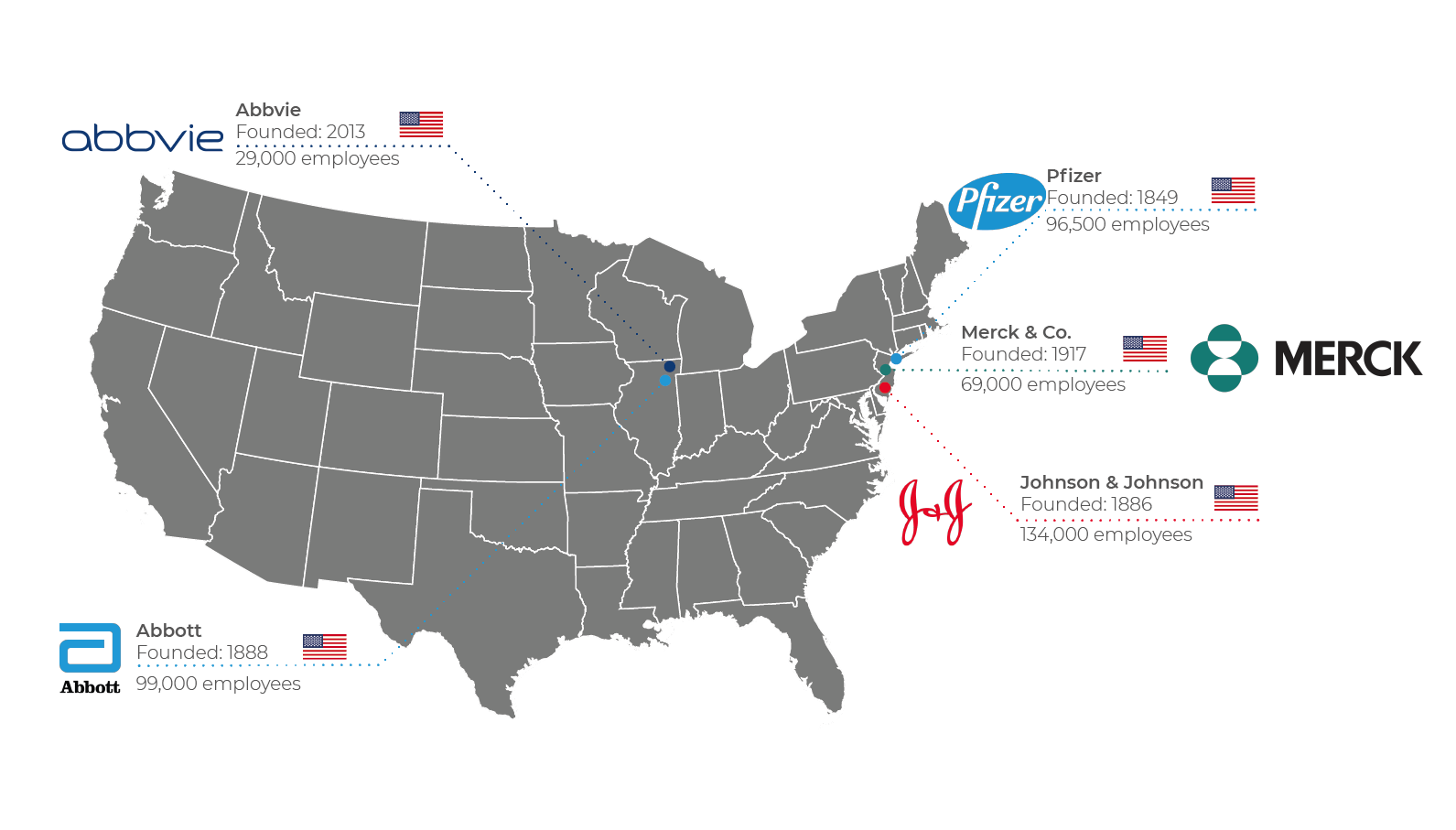 Of the 10 largest pharmaceuticals in the world, half of them are based in the United States – unsurprisingly so considering the prescription drug expenditure in the U.S.A. The other half of the top 10 if then spread across western Europe.

The U.S accounts for just over half of all revenue generated by those in the top 10 (£338.18 billion). £171.54 was generated in 2017 by those based in the states compared to £166.64 earned by European companies. Further splitting this revenue by country looks like this: 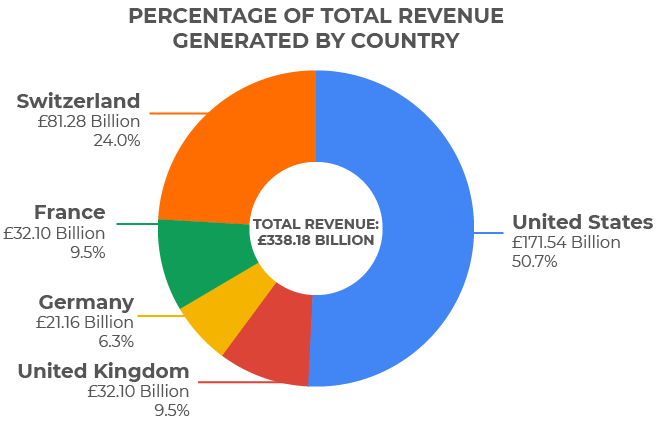 IQVIA Institute for Human Data Science released a report this year stating that global drug spending in 2017 was £863.5 billion (that’s 9 zeroes) with an annual growth rate of 3-6% through to 2022 (that’s exceeding 1 trillion pounds, or, 12 zeroes).

We’ve answered the who and where, so now we’re going to look at what. A lot of money is invested in the research and development of medical treatments each year for every pharmaceutical company – but they’re not all working towards the same goal so we’ve looked at exactly who’s working on what by reviewing each company’s development pipeline by medical category (defined by the company). 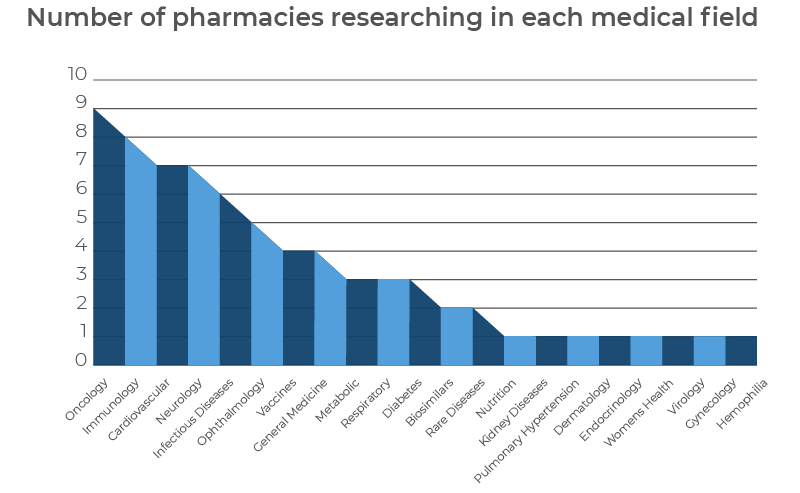 Nearly every pharmaceutical company is investing time and money into the research and development of cancer treatment, with only one company in the top 10 not doing so. That’s great news in the fight against cancer as mortality rates continue to drop.

Immunology, cardiovascular diseases, neurology, and vaccines are also great areas of interest with half or more of the top 10 pharmaceutical companies developing treatments in these areas.

So far no real surprises have emerged. The U.S and Europe are at the forefront of the pharmaceutical industry, and they earn a lot of money in doing so.  So we looked at who’s running these huge companies.

According to WISE Women in STEM workforce, 2017

42% of science professionals are female

This sounds great initially, but we then looked at women in leadership roles within the industry and the numbers dropped depressingly low. Of the top 10 pharmaceutical companies only one has a female C.E.O – Emma Walmsley of GlaxoSmithKline.

To classify the number of women in leadership roles we reviewed each company’s website and recorded those on the board of directors and those apart of the executive leadership team. 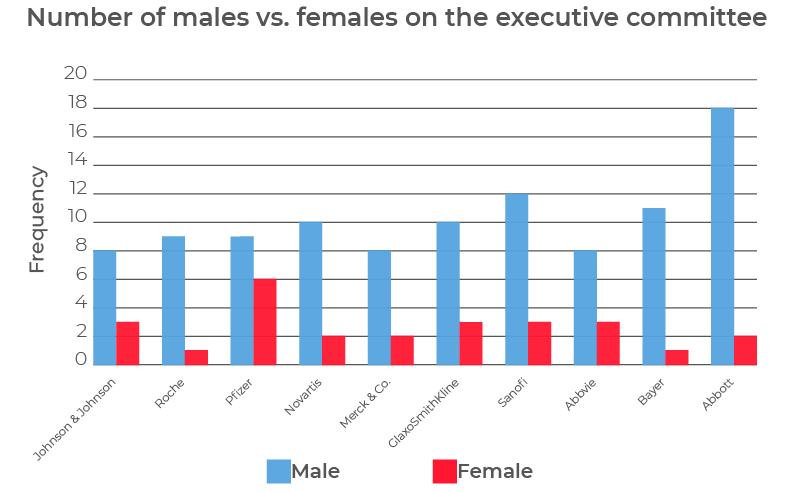 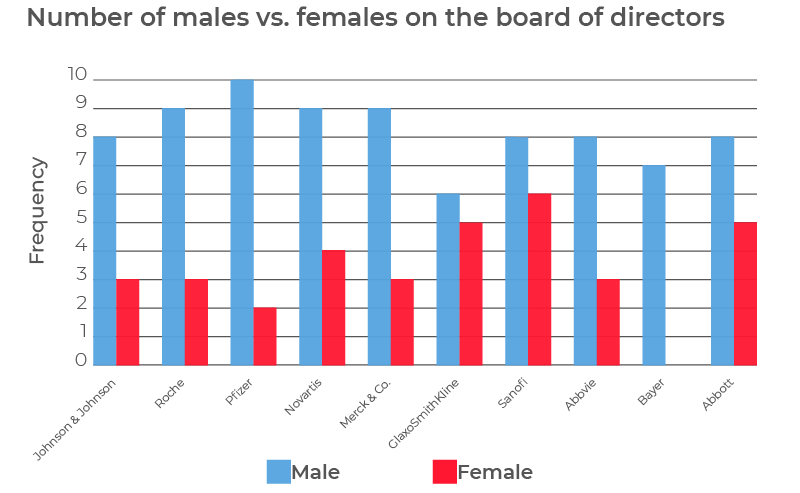 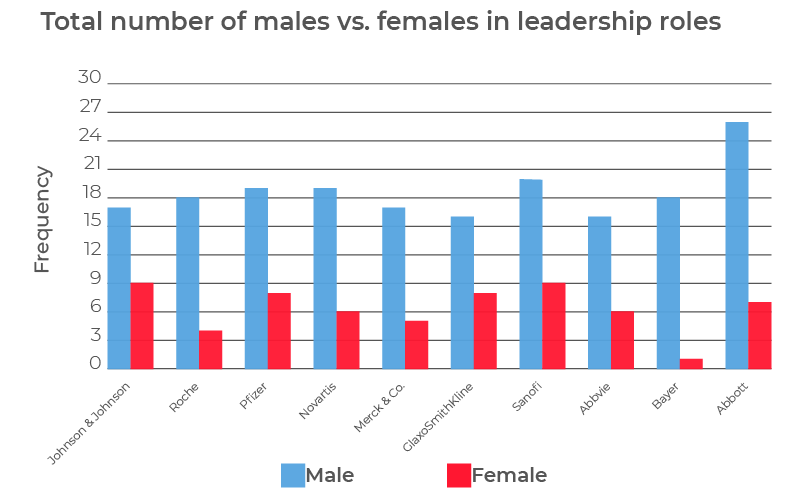 Not a single leadership team has an equal number of men & women at the helm and combined across each of the top 10 pharmaceutical companies women only account for 25% of leadership teams. Johnson & Johnson are far ahead with 35% of their leadership team being comprised of women, while Bayer is severely lacking in equality with just 1 woman in leadership for the entire company (6%).

GlaxoSmithKline follows Johnson & Johnson shortly after with 33% of leadership being female; unsurprising for a company with a female CEO but that’s still just 1/3 of their entire leadership team.