It’s that time of year again – the decorations are going up, preparations for your staff party have started, and arrangements to see family and friends over the holidays are never-ending. Christmas, for the most part, is a joyous occasion. But there are so many decisions! Who are you going to be spending the big day with? When can you fit in the shopping? And no doubt you’ve got a partner saying “you don’t have to buy me anything this year”, which we all know is a dangerous line to take at face value.

You can’t argue that the festive period comes with its fair share of stress – especially when you just don’t know what to buy for the important ones in your life.

You’re not alone, however! We surveyed the nation on their Christmas gift experiences and with almost 2,000 responses we’ve compiled the answers to make you feel a little bit better, or (hopefully not) inspire you.

Who do you spend the most amount of money on at Christmas?

Although after the kids and partner are looked after, mum is the next important person to buy for. 11% of men and women spent the most on their mothers’ gifts. (Sorry dad)

Some responses accounting for less than 1% of all answers from men included nans, stepparents, and godchildren.  Men were also the only ones to report spending more money on themselves than anyone else at Christmas time.

How much do you spend on that person?

For the most important family & friends, there’s a huge range of spending habits. Spending between £100 – £130 and over £300 on presents were the most common brackets with the £300+ pulling away slightly, shortly followed by the £100 – £130 range. This makes a lot of sense if you think about how much you spend on your kids compared to your partner. 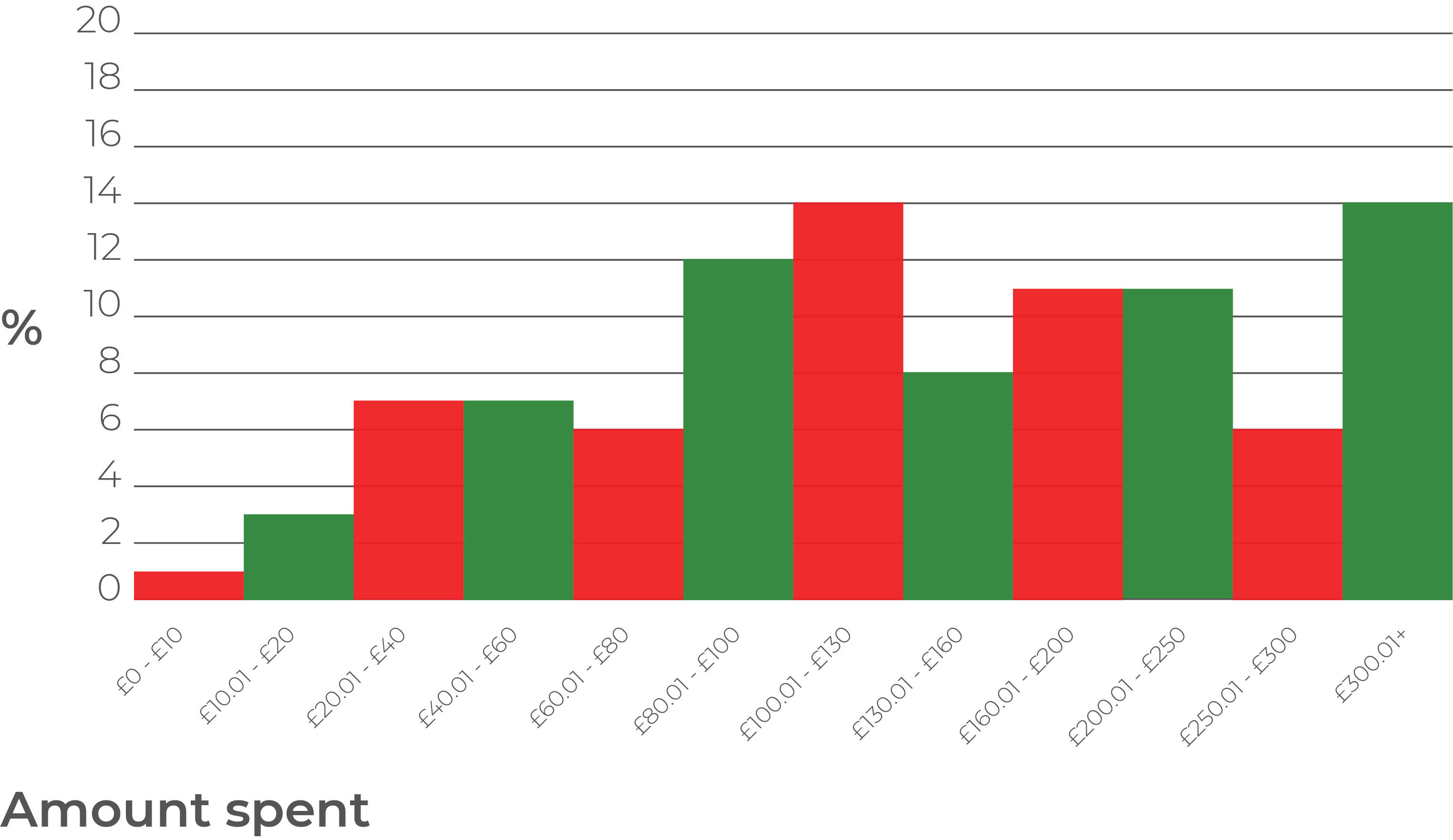 Even if money isn’t everything, and it is the thought that counts, it’s still nice to see the most uncommon spending habits for those most important to you is on the lower end.

Who do you spend the least on at Christmas?

Where it starts to get a bit more interesting is when we asked people who they spent the least amount of money on at Christmas.

25% of people spend the least amount of their gift fund on their siblings followed by the in-laws, cousins & nephews, and then aunts & uncles. Those coming in at <1% include step-parents, kids, pets, themselves, friends, and colleagues 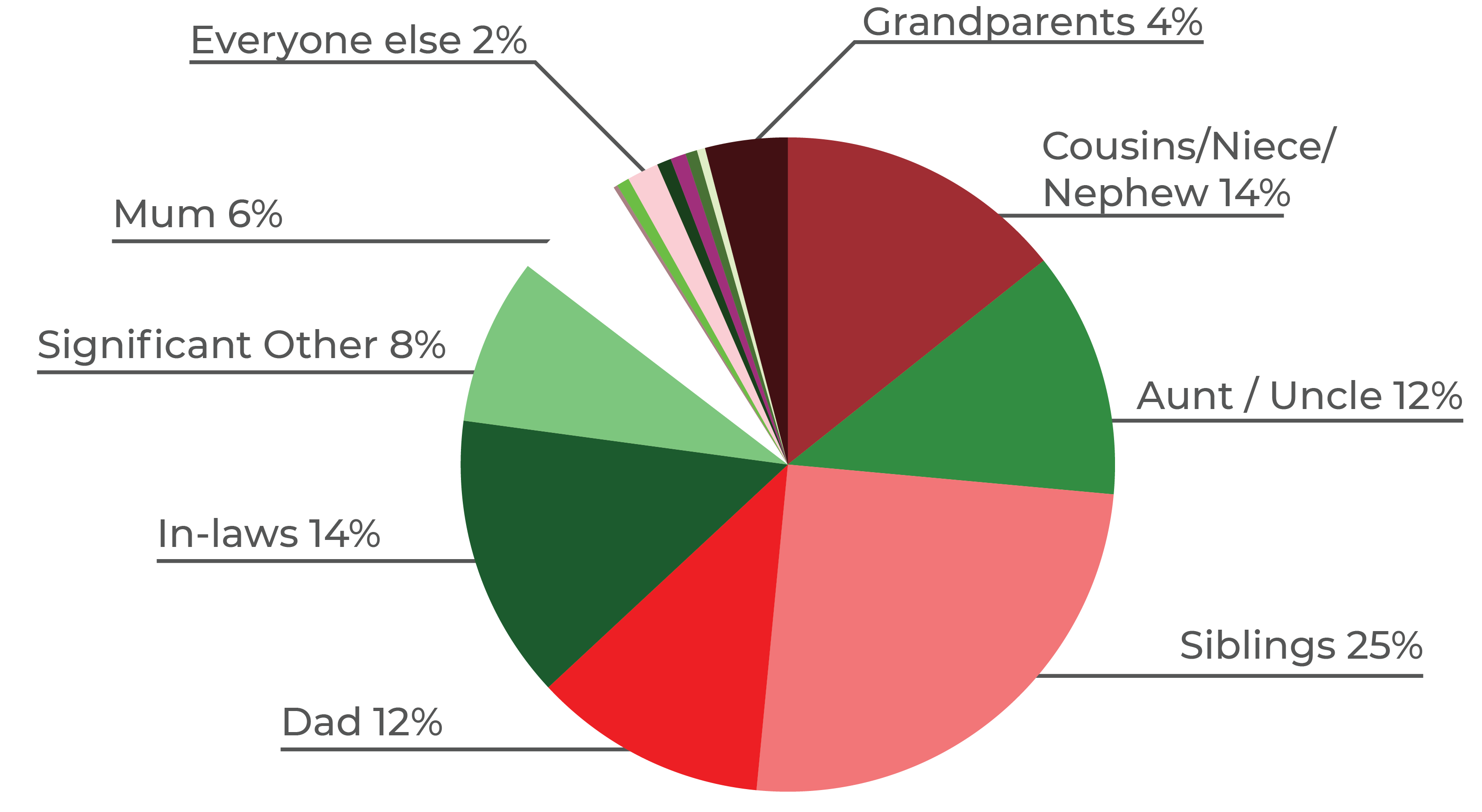 Dads, unfortunately, come in as the least important of the two parents with twice as many people spending the least on their dad than their mum. Or, perhaps fathers comesdon’t have as expensive taste?

How much do you spend on that person?

There’s less diversity when it comes to how little you spend on someone compared to how much. Most people are in the 0 – £1 bracket here shortly followed by the £10 – £20 mark. 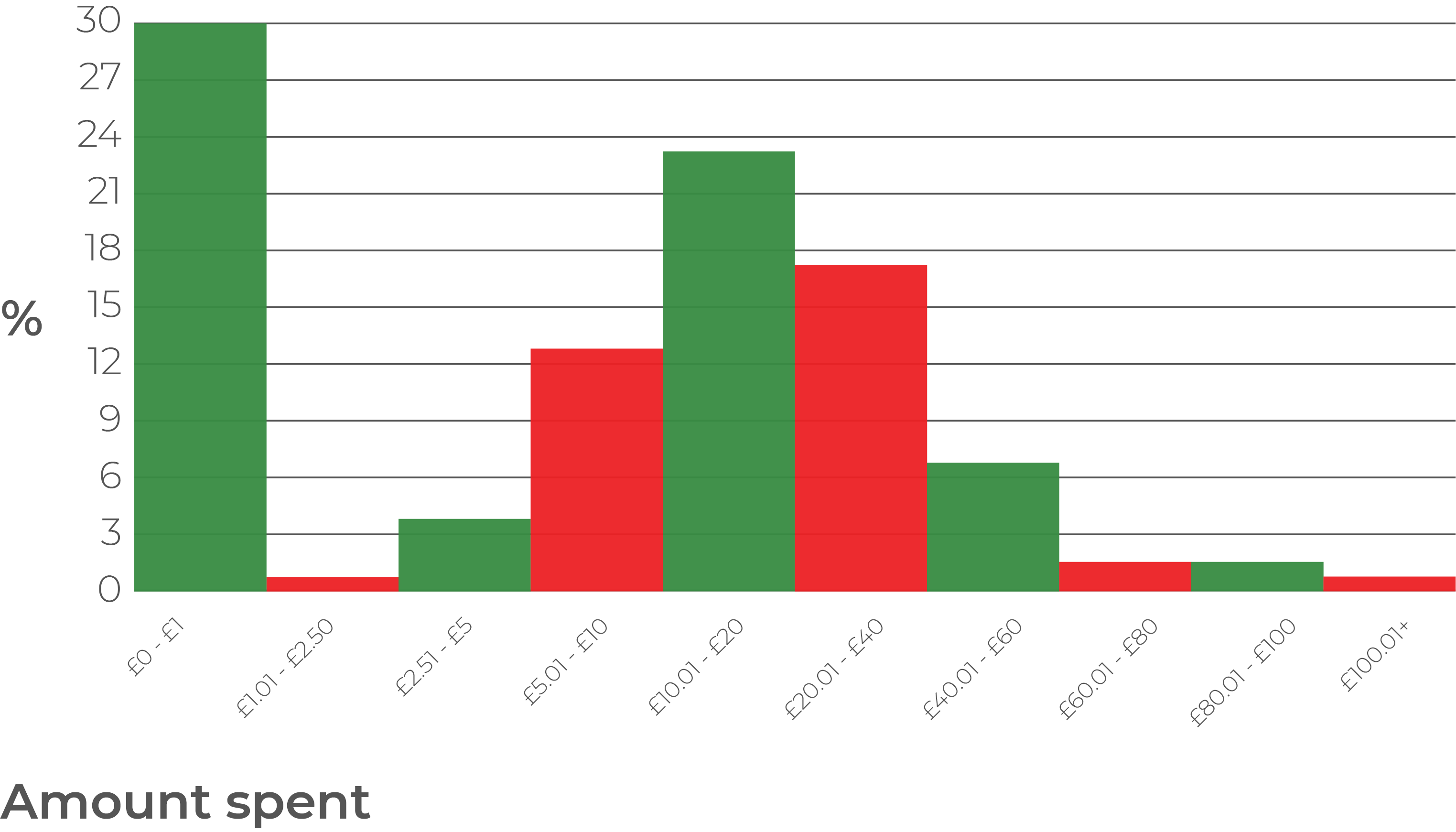 But who gives the worst presents?

Even though mums were one of the more important family members to buy for, mums were also the most likely to give the worst Christmas presents along with aunts, uncles, and siblings. Although a lot of people preferred not to name and shame who gave them their worst present, in-laws, and grandparents were the next worst offenders. 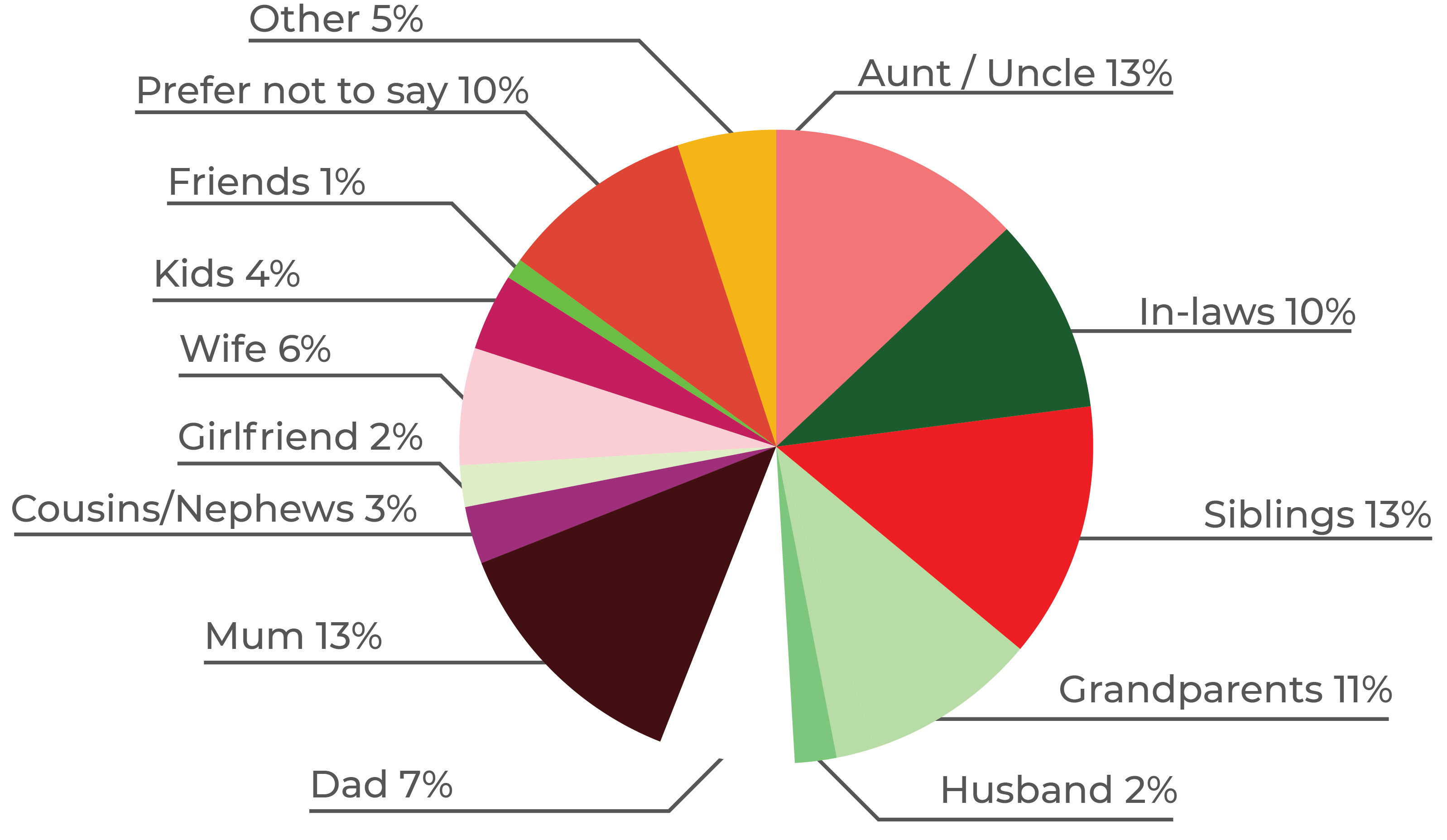 Wives were also far more likely to buy the worst present than husbands and boyfriends – arguably probably the biggest shock of the article.