The most common STI, Chlamydia, can take up to 2 weeks to show any sign of symptoms. Maybe this is why, 2 weeks into 2019, 14th January has been chosen as the beginning of STD awareness week. Conveniently, this is also just one month before one of the more popular days spent in the bedroom, Valentines Day. So there’s plenty of time for you to get yourselves sorted (if you need to). 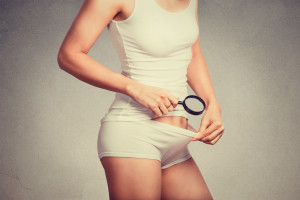 But how will you know whether you need to get yourself checked out? You feel fine. You can’t see any signs you may have contracted something over the festive season. You used a condom so surely you don’t need to worry about STD’s? You get told all sorts of things about STD’s, some myths tend to spread quicker than the infections themselves. But what’s fact and what’s fiction? Here at Assured Pharmacy, we’re here to test your knowledge on a few things you may or may not know about STD’s.

1. I’ll be able to tell if I have an STD straight away because I’ll have symptoms

One of the main reasons STD’s can be so dangerous is because they can go undetected for so long. A person can look and feel fine and go untreated for some time, meanwhile, serious, complicated, long-term issues begin to develop.

Whereas chlamydia can take 2 weeks to show any signs of symptoms, HIV can take over 10 years for symptoms to develop. If they are given a chance to develop they can spread around the body, affecting the heart, brain and other organs, and even make women infertile.

It is important to get yourself checked regularly if you’re sexually active to check for any STD’s and take treatment as soon as possible to best prevent any serious issues occurring. Practising safe sex is also recommended.

2. Condoms are guaranteed to prevent an STD infection

Condoms are a good method of preventing contracting an STD, however, just like when used for contraception, they aren’t 100% effective. This doesn’t mean to say the more the better, so don’t be tempted to double, or if you’re ambitious, triple up, as the friction between more than one condom actually makes them more likely to split, which increases the likelihood of infection.

3. Not all STD’s are curable

There are some viral STD’s which cannot be cured, however, they can be managed, the sooner you are tested and treated the better. These include HIV, HPV, genital warts, herpes and hepatitis B.

Bacterial STD’s can be cured using antibiotics. This includes chlamydia, gonorrhoea and syphilis.

It is still important however to get regular checks and of course, treatment if necessary. That goes for you and your partner. 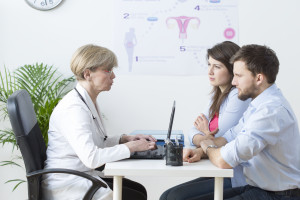 4. There are over 25 different types of STD’s

That’s right. There are over 25 different types of STD’s, which differ in commonness and seriousness.

Chlamydia, gonorrhoea, genital warts and genital herpes are most common and are more straightforward to get rid of. Ones like HIV, syphilis and hepatitis are also common but more severe.

5. Women are just as likely to contract an STD as men

Women can be more likely to extract some STD’s than men. This is due to the lining of the vagina being generally more delicate and susceptible to infection than the penis.

Not only are women more suspectable, but it is also harder to spot some symptoms, due to their anatomy. This is more dangerous as infections are more likely to go undetected, so can result in more complicated, longer-term effects, such as infertility, PID and pelvic issues. For example, discharge is more common for women than men, so they’ll be less inclined to get this checked.

The best way to prevent longer-term issues occurring is simply to use condoms and have regular check-ups.

6. If I have an STD whilst pregnant, my baby could be infected

Another serious issue affecting women with an STD is the problems which can occur during pregnancy. First of all, PID could cause the foetus to develop in the fallopian tube rather than the uterus, putting the mother’s life at risk. In terms of the child’s health, the STD can pass to the baby during pregnancy or delivery, potentially resulting in stillbirth, brain damage, low birth weight, deafness or blindness.

It is recommended on the first prenatal visit to the doctors, that pregnant women are tested for STD’s.

7. You can still catch an STD, even if you pull out

It is still possible to catch an STD even if the penis doesn’t ejaculate inside the vagina. Just like it’s possible to impregnate somebody without ejaculating, virus’ can spread through other vaginal and penis fluids, not just semen.

8. You can catch STD’s from sitting on a toilet

The clue is in the name with this one. STD’s are generally transmitted through sexual activity. The germs are unable to survive very long outside of the body. We’d still recommend making sure a toilet seat in clean before you sit on it though, just for hygiene’s sake. 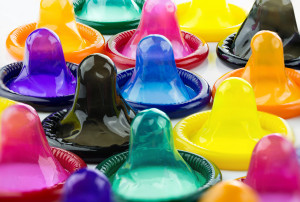 9. You can’t catch an STD by kissing

10. You can still catch another STD after being treated for one

If you’re lucky enough to have gotten rid of one the least nasty STD’s, then it’s still possible for you to catch another after treatment, even the same one. Ones like HIV and herpes are there for life, unfortunately, but can be managed.

Hopefully, after the first, you would have learnt your lesson! Remember to use condoms and get yourself checked regularly, that goes for any sexual partners too. Make sure you and your partner have finished treatment before reengaging in any sexual activity, to avoid reinfection.