Sex is an instinct and is a basic pillar of happy couple life. Sex is not only associated with a physical, mental, or emotional need of the body, a sexual relationship is also a base of a new life in your home.

It is obvious that at after a certain stage of life that you are no longer desire children. At this stage, there are various methods of contraception available on the market. Among various timely contraceptive methods, a permanent male sterilization method known as a vasectomy is available.

Below in this article, it is discussed what a vasectomy is and how it helps to achieve contraception whilst having minimal effect on your sex life. 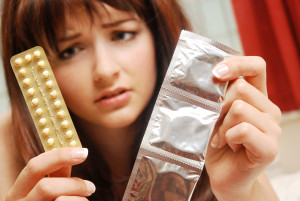 What is a Vasectomy?

A vasectomy is a surgical procedure adopted for male sterilization. The procedure involves the cutting or sealing of the tubes that carry the sperm to the seminal fluid and then out of the penis. Vasectomy is not a very complicated surgical procedure and can be performed by giving local anaesthesia to the patient. It takes roughly 15 min and is usually painless for the person.

It is very rare that a person is given general anaesthesia by the doctor for the procedure to make him sleep.

There are a few misconceptions about vasectomy, that it can affect the sex life in various manners, however, these are not generally true. There will usually be no effect of vasectomy on the sex drive or male ejaculation, once it’s done. Given below is a detailed discussion of vasectomy and its relation to ejaculation or timing or sex drive of a male.

How a Vasectomy is performed?

The basic aim of vasectomy is to stop the entry of sperm into the male semen fluid that causes the pregnancy after ejaculation into the female vagina. The tubes responsible for taking sperms into the penis are cut or sealed to stop the transmission of sperms. Therefore, the semen ejaculation in future will no longer cause pregnancy, due to the absence of sperm in it.

There are two types of vasectomy. The doctor can adopt either of the methods depending on the patient’s consent, or the best method suitable to him:

In both of the methods, the patient can go home on the same day.

In this method, the scrotum is numbed by using a local anaesthetic by a doctor. Then, two small cuts are made into the skin on both sides of the scrotum to get access to the sperms carrying tubes. A small section of both the tubes is cut and the ends are sealed or blocked by using heat or simply stitching the tubes. Usually, the stitches are dissolvable and are dissolved, a week after the procedure.

The scrotum area of the male is numbed by using a local anaesthetic. The doctor then makes a tiny hole in the scrotum instead of cuts to reach the tubes. The method of closing the tubes is same as performed in the conventional vasectomy i.e. either heating or stitching the tubes.

Non-scalpel vasectomy is less painful, causing fewer complications when compared to a conventional one.

In the UK, vasectomy is available to males free of cost under NHS health cover, but the waiting list can be very long.

A person usually recovers in a day or two after the procedure. Usually, blood is mixed with the semen during the first few ejaculations after the vasectomy but it’s nothing to worry about. A mild swelling, discomfort or a little pain is common after the procedure and is not harmful at all. Painkillers such as paracetamol can help but if it does not then seek help from your GP.

Pros and Cons of Vasectomy:

While to understand if there is any relation between the vasectomy and ejaculation lets have a bit detail about what ejaculation is?

Ejaculation is a phase associated with sexual activity. It is the discharge of semen (fluid present in the male reproductive tract containing sperms) usually linked with the feeling of orgasm. Ejaculation is basically the final stage of a sexual act and is responsible for the conception. There are various phenomena associated with ejaculation.

Ejaculation occurring during sleep is known as Nocturnal emission.

Inability to ejaculate is termed as Anejaculation.

A painful or uncomfortable ejaculation is called Dysejaculation.

Sometimes the semen travels back abnormally into the bladder instead of coming out of the urethra. This condition is known as Retrograde Ejaculation.

The normal latency time for a male regarding intravaginal latency to reach orgasm after vaginal-penile intercourse is usually 5 to 7 minutes. The latency time in some male is as high as 10 min depending on the needs of the partners or the sexual foreplay between couples.

A prolonged sex stimulus like passionate kissing, petting, foreplay by touching the erogenous zones before penetration causes the production of pre-ejaculatory fluid. The pre-ejaculatory fluid does not have sperms, but they can be present in the urethra from a previous ejaculation leading to conception. In addition to this, it can have present in it the infectious agents causing HIV.

After achieving a certain level of stimulation, a man has an orgasm and ejaculates. This is controlled by a sympathetic nervous system which produces semen containing the sperms. The ejection of semen out of the urethra is done with the help of rhythmic contractions generated by bulbospongiosus and pubococcygeus muscles. The male orgasm lasts for a few seconds. 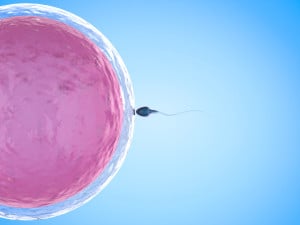 Some people have a misconception or misleading information that the ability to ejaculate satisfactorily can get affected after undergoing the vasectomy. Well, this completely wrong. Vasectomy is just a surgical procedure of blocking the transmission of sperms in the semen to avoid pregnancy. There is nothing involved in this procedure that affects the sex-related ability of a person in any way.

Given below are few points that are usually discussed before or after vasectomy and are baseless. Let us give you an explanation of these few questions.

In conclusion, vasectomy is a normal surgical procedure for a medical need just like any other surgery required for the body for a need. It may have a few timely effects on your body but there are no long-lasting effects except the purpose you are aiming from it.

Vasectomy is almost irreversible, so it is very important for you to be mentally prepared for it. It should not be an impulsive decision because the reversal is usually less successful and expensive. It will be good for you to discuss with your partner before the decision.

If you are mentally and emotionally ready for the step, then consult your GP for the best suitable method of vasectomy for you according to your health and personal preference.