Finasteride has been in use since the nineties when it was first approved as a treatment for enlarged prostates. It was later developed as a treatment for androgenetic alopecia (male pattern hair loss) and remains a widely used treatment option for both conditions today. We have now had over two decades of experience of the use of Finasteride and there have been a significant number of men taking Finasteride at an age at which they may also wish to have children. There are some specific considerations when it comes to Finasteride use and trying for a baby. 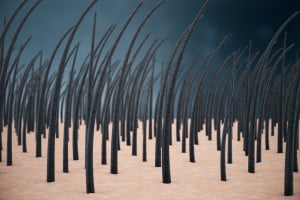 What are the effects of Finasteride on male fertility?

One of the issues with regards to Finasteride use is the lack of long-term data on the effects of finasteride on human fertility. Men who had expressed that they were planning to father a child were initially excluded from clinical trials and although the studies conducted on animals did not show any effects on fertility that raised concerns, there were later reports of infertility in men and poor seminal quality that were received after Finasteride was released.

The enzyme 5α-reductase is not only present in hair follicles but also in other parts of the body including the testes and there is some evidence to suggest that finasteride use affects the production of sperm. Most men appear to have minimal changes in sperm whilst on finasteride. However, in a small proportion of men, there is a potential for a profound sensitivity showing a marked decrease in sperm count. Specifically, it appears that men with pre-existing conditions related to infertility seemed to suffer an amplified negative effect from finasteride use. When finasteride has been subsequently discontinued, normalisation or improvement of seminal fluid has been reported.

Is Finasteride excreted in semen?

Finasteride has been detected in the seminal fluid of men who are using it. The amount of finasteride detected is very low and has been reported to be less than 0.001% of the 1 mg dose per ejaculation. It is thought that the amount excreted is too small from a 1 mg daily dose of finasteride is unlikely to be harmful if a pregnancy were to occur. However, it is still recommended to avoid finasteride exposure during pregnancy.

Women who are pregnant or planning a pregnancy should avoid handling Finasteride tablets because of the possibility of the absorption of finasteride through the skin or accidental ingestion through it coming into contact with the hands. Finasteride tablets are coated to minimise any risk of exposure. The risk of exposure is increased in broken or crushed tablets. Pregnant women who accidentally come into contact with finasteride should wash the area of the skin affected immediately and thoroughly.

Finasteride has been classified as a Category X drug in pregnancy. This means that studies in animals or humans have demonstrated that there is a link between the drug and the occurrence of foetal abnormalities or that there is positive evidence of human foetal risk based on data from investigational or marketing experience. The issue regarding finasteride exposure in pregnancy is due to the potential risk to a male foetus. As Finasteride works by lowering the levels of dihydrotestosterone, there is concern that if finasteride exposure may produce abnormalities of genital formation in the male foetuses. Dihydrotestosterone plays an important role in external genital differentiation. Baby boys who congenitally lack the enzyme 5α-reductase go on to develop genitals which appear ambiguous.

A small amount of finasteride (less than 0.001%) of the 1 mg dose per ejaculation has been detected in the seminal fluid of men taking Finasteride. Studies conducted in animals have given some indication that this amount is unlikely to constitute a risk to a developing male foetus. There have also been some reports of live male births without any congenital anomalies that have had exposure to finasteride via semen of men taking 1mg doses. Animal studies have indicated that no abnormalities have been observed in females exposed to finasteride during pregnancy. 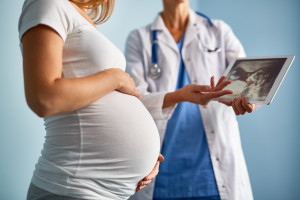 If you want to minimise your risks, you might consider temporarily stopping Finasteride use after a consultation with your medical practitioner. Finasteride is quite quickly eliminated from your body and in general, once you stop taking finasteride, your body will most probably eliminate it from your system within a few days. If you are taking finasteride for androgenetic alopecia, once you stop taking finasteride, the levels of dihydrotestosterone will start to rise again and it is expected that hair loss will start to resume. Once treatment is stopped, any beneficial effects from Finasteride are expected to reverse by the time six months have elapsed and by nine to twelve months, it is expected that you will return to the state before you started treatment.

Given the overall picture of the possibility of the range of effects that Finasteride could have on fertility and foetal development, it would be sensible to avoid finasteride exposure as a precautionary measure in the time prior to conception and during pregnancy. Although there is a good chance that you may remain unaffected by any of the issues raised, the gravitas of the potential risks involved would require active consideration.