Delayed ejaculation (DE) is an inhibition of the ejaculatory reflex, with absent or reduced seminal emission and impaired ejaculatory contractions, possibly with impaired or absent orgasm. It affects between 1% to 10% of the adult male population. Some men with DE can ejaculate after prolonged intercourse and with great effort, while other men with DE are unable to ejaculate at all. No drugs are currently approved to address such problem; however behavioural therapy can be initiated and has a high rate of success. ED (Erectile dysfunction) and DE are often mistaken, even though these conditions vary significantly. 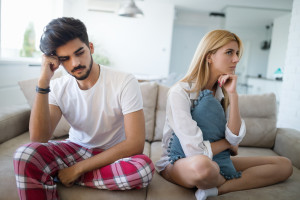 The Fourth International Consultation on Sexual Medicine recommends the following definitions for DE:

What is the Difference between DE and ED?

On the other hand, men suffering from ED cannot achieve or maintain an erection that is enough for satisfactory sexual performance.

It is likely that many men with DE are misdiagnosed with ED even if DE prevalence is as low as 3%.

Men with DE typically encounter more relationship distress and report less sex. Some partners may enjoy the extended intercourse but couples trying to conceive face real problems as deposition of semen in the female reproductive tract is essential to conception.

Men with DE usually have no difficulty attaining or maintaining erections.

What is the Difference between DE and Anorgasmia?

Ejaculation and orgasm occur almost simultaneously in men even if physiologically, these phenomena are separate. Ejaculation is the process during which semen is deposited in the urethra (urine tube) and then released by contractions of the pelvic muscles.

During an erection, a high amount of arterial blood enters in corpus cavernosum and corpus spongiosum (spongy erectile tissues located close to the urethra) and is trapped there, allowing the penis to be firm.

The urethra responsible for the transport of the semen from the testes is exerting high pressure on the sphincter located at the end of the bladder, closing it. Contraction of the pelvic muscles determine the sperm cells to advance from the epididymis (where the sperm are stored prior to ejaculation) to ductus deferens (vas deferens). The seminal vesicles and prostate gland produce a whitish fluid called seminal fluid, which mixes with sperm to form semen when a male is sexually stimulated. Semen is pushed out of the male’s body through his urethra — this process is called ejaculation.

Most of the time, ejaculation happens during orgasm but it’s possible to have an orgasm without ejaculating. And it’s also possible to ejaculate without having an orgasm.

Orgasm is a mental/emotional process that primarily occurs in the brain and has significant personal variation.

But is delayed ejaculation a problem? DE is a challenging disorder since it is the least understood sexual dysfunction. Some men cannot reach orgasm at all, at least not with a partner.

The symptoms of DE can occur both during intercourse and with manual stimulation in the presence or absence of a partner.

It is often quite concerning for patients and it can cause a lot of stress.

DE is a self-reported condition. That means that a diagnosed is obtained when a man reports a marked delay or infrequency of achieving ejaculation during most sexual encounters over a period of 6 months or more, and when other problems have been ruled out.

To reach a diagnosis, a doctor will speak with you about your symptoms and how often they occur. He or she will then rule out other potential medical problems, such as infections, hormonal imbalance, and so on. This may involve using blood and urine tests.

The most common factors which can increase the risk of having DE include:

Men using pro-erectile medications may experience DE due to confusion over their erections produced through increased vasocongestion as a result of pharmacotherapy rather than sexual arousal.

Heavy alcohol use also can induce DE, by depressing the nervous system. Even if alcohol is known as a social lubricant and is used in inducing a relaxing atmosphere, the key is to drink responsibly.

The more you drink, however, the more your brain and nervous system are inhibited or slowly shut down. In the final stage, you are not getting the same sensation from your nerve endings to your brain or the same messages from your brain back down to your body. This makes it more difficult, if not impossible, to reach orgasm and ejaculation during sex.

Diagnosis of DE involves several procedures such as taking a medical history and performing a physical examination, neurological exam, and diagnostic tests to determine the underlying cause for the condition. In some cases, a device is used to manually stimulate the penis to detect erectile problems.

It is frequently useful for a urologist to conduct a genitourinary examination and medical history that may identify physical anomalies, as well as contributory neurological and endocrinological (especially androgen levels) factors.

A medical history includes information about the following:

The diagnostic tests will look for infections and hormonal imbalances. They include:

According to the Diagnostic and Statistical Manual of Mental Disorders, Fifth Edition (DSM-5), DE belongs to a group of sexual dysfunctions disorders typically characterized by a clinically significant inability to respond sexually or to experience sexual pleasure.

The specific criteria of DSM-15 for DE include the following: 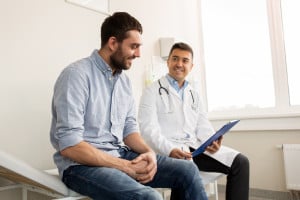 Currently, there is no approved treatment for DE. Treating DE is challenging due to its reduced prevalence and patients are sometimes not so in a hurry to speak about their problem.

Men sometimes even try to cover the problem, faking orgasm to avoid an anticipated negative reaction from the partner.

Partners should adhere to these techniques and support the partner in changing his habits.

That usually involves changes in sexual preferences and desires.

However, this should only be done within the bounds of what is comfortable and morally acceptable to the partner. Having open and honest discussions about this is an important part of any sexual relationship.

The ‘‘Good-Enough Sex’’ model for couple sexual satisfaction proposed by Michael Metz was defined to help couples facing sexual issues to balance their sex life and overcome their sex problems.

There are many types of sexual dysfunction and it is reported that approximately 45% of couples at a given time suffer a male, female or couple sex problem.

This model is based on pleasure and mutual emotional acceptance and encourages couples to pursue positive, realistic meaning in their intimate lives.

The model challenges couples to set realistic expectations based on intimacy as the ultimate focus, pleasure as important as function, mutual emotional acceptance as the environment, and sex at times experienced as mature playfulness, spiritual connection, and special bonding, as well as pleasure.

The principles of this model promote a positive attitude towards sex and a deep commitment to mutual sexual health, taking personal responsibility for pursuing developmental (‘‘lifelong’’) sexual growth and preparing oneself with physiologic relaxation.

The 12 principles of the Good-Enough model are:

How can I prevent DE?

DE can be prevented by having a healthy attitude about your sexuality and genitals. It is very important to realize that you cannot control a sexual response, as well as you cannot force yourself to go to sleep or to perspire. The harder you try to have a certain sexual response, the more it becomes inhibited.

To reduce the pressure, you should absorb yourself in the pleasure of the moment, without worrying about whether or when you will ejaculate. Your partner should also create a relaxed atmosphere without any pressure.

Finally, any fears or anxieties, such as fear of pregnancy or disease, should be openly discussed with your partner.

The problem’s developmental course should be noted, including variables that improve or worsen performance (particularly those related to psychosexual arousal).

Men with no known medical reasons for infertility may have trouble with conception due to DE. The psychosocial basis for these disorders may be overlooked or may be incompletely assessed during a fertility workup due to a physician’s lack of expertise in understanding the psychological and social nuances that are often present in DE. 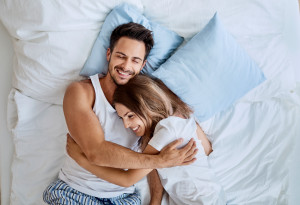 A multitude of biological as well as psychosocial factors has been identified as possible contributors to DE.

Successful treatment of DE depends on the cause of DE and the type of treatment.

As it was mentioned above, there is no drug specially approved to treat DE. However, there are still numerous techniques, which can be combined to treat DE including:

Principles of the “Good-Enough Sex” model are useful in creating realistic premises in having a satisfactory sex experience. DE can be prevented by having a healthy attitude about your sexuality, adapting your desires, your fantasies to your partner and to real life.

Prescription drugs known to cause secondary DE, like most commonly serotonin-based prescriptions—should be excluded from the patients’ treatment plan.

Treating DE involves a sex therapist. By using highly detailed and specific sexual language and exploration towards perceived partner attractiveness, the use of fantasy during sex, anxiety surrounding coitus, and masturbatory patterns, the sex therapist can review all the conditions under which the man is able to ejaculate and to find the best methods that stimulate him.

The therapist must support the patient’s goals but not push the man (or couple) unnecessarily toward a preordained concept of success.
In preparation for an appointment to your primary care doctor, make a list in which you should include: