In the past 20 years, there have been a large number of epidemiological studies of men presenting erectile dysfunction.

There is emerging evidence of an association between erectile dysfunction and a variety of lifestyle factors, including obesity, smoking, and exercise, that may provide a means of intervening in the prevention and even therapy of erectile dysfunction.

An estimated 150 million men worldwide have some degree of erectile dysfunction, and more than twice that many are expected to be affected by 2025.

Erectile dysfunction and hypertension are two conditions that can be found frequently coexisting together, being predictors for cardiovascular diseases.

Erectile dysfunction is a disease characterized by a vascular impairment, and a few years ago, in 2011, researchers concluded that it is a disease marker predicting future severe cardiovascular events.

In 2013, the European Association of Urology. Published in Elsevier, a systematic review concluding that the erectile dysfunction and the cardiovascular disease are different manifestations of the same systemic disorder.

The review highlights the fact that the pathophysiologic mechanisms involved in both diseases are the following:

The importance of these findings in clinical practice is the fact that, because erectile dysfunction may precede cardiovascular diseases, it can be used as an early marker to identify men at higher risk of developing severe cardiac events. Also, patients with erectile dysfunction should undergo detailed cardiologic assessment and receive intensive treatment of risk factors.

Erectile Dysfunction as an Independent Predictor of Future Cardiovascular Events

Uddin et al, on behalf of the American Heart Association were the authors that published the results from a multicentric, multi-ethnic, prospective cohort study that had the objective of examining the correlation between self-reported erectile dysfunction and the preceding cardiovascular events (such as myocardial infarction, cardiac arrest, death) plus stroke and stroke death.

In 2017, the UK QRISK score was the first to incorporate erectile dysfunction as an independent risk factor for cardiovascular disease. 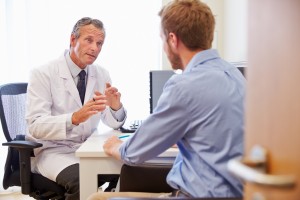 The role of tadalafil in improving the erectile and ejaculatory function and sexual performance: a randomized, double-blind, placebo-controlled study

Tadalafil is a drug belonging to the class of phosphodiesterase type 5 (PDE-5), considered the first line treatment for Erectile Dysfunction.

The guidelines of the International Society for Sexual Medicine (ISSM) Standards Committee for Sexual Medicine suggest that treatment with PDE-5-inhibitors can be effective in most Erectile Dysfunction etiologies except after severe damage of the parasympathetic cavernous nerves.

Tadalaﬁl is approved for treating signs and symptoms of benign prostatic hyperplasia (BPH).

In this international study, the investigators aimed to demonstrate the effects of tadalaﬁl or tamsulosin on sexual function, including ejaculation and orgasm, satisfaction, and erectile function, in sexually active men with ED and lower urinary tract symptoms suggestive of BPH (LUTS/BPH).

For the present study, 511 men were selected, with most patients reporting moderate-to-severe ED of at least 1-year duration.

The overall study period was 16 weeks. The lead-in period consisted in 4-week single-blind, placebo lead-in, and was followed by randomization (1:1:1 ratio) to once daily tadalaﬁl 5 mg, tamsulosin 0.4 mg, or placebo (a dummy treatment) for 12 weeks.

Taking the significant improvement in the LUTS/BPH symptoms reported in the previous trial, the investigators wanted to further evaluate the effects of tadalaﬁl or tamsulosin once daily compared with placebo on sexual function, including ejaculation/orgasm, sexual satisfaction, and erection measured by the International Index of Erectile Function (IIEF) questionnaire.

The IIEF questionnaire is a standardized and validated 15-item questionnaire that evaluates sexual function and satisfaction and was administered at specific time points: at baseline (start of randomised treatment) and 4, 8, and 12 weeks.

The results of this study show that in men with LUTS/BPH who were sexually active and had ED, tadalaﬁl, but not tamsulosin, preserved and improved sexual functioning. Men receiving tadalaﬁl 5 mg once daily experienced signiﬁcant improvements in intercourse, ejaculation, and orgasm, as well as overall satisfaction and improvement of erectile function, based on assessments using the IIEF. In contrast, men receiving tamsulosin experienced no signiﬁcant improvement in intercourse satisfaction or erectile function and worsening scores relative to placebo in ejaculation and orgasm and in overall satisfaction.

Data from long-term studies of up to 2 years suggest tadalafil once daily provided efficacy for the duration of therapy and had a relatively mild side-effect profile, with no visual side-effects noted.

The most common side effects (seen in 1 to 10 in every 100 patients) with tadalafil are a headache, back pain, muscle aches, pain in arms and legs, facial flushing, nasal congestion, and indigestion, which are more common at higher doses.

Rare side effects (seen in 1 to 10 in every 10,000 patients) are sudden decrease or loss of vision or hearing, a prolonged and possibly painful erection after taking tadalafil, fainting, seizures and passing memory loss, swelling of the eyelids, red eyes, sudden decrease or loss of hearing, hives (itchy red welts on the surface of the skin), penile bleeding, presence of blood in semen and increased sweating.

Tadalafil can be indicated for you but cannot be the right treatment for everyone.

It is indicated to tell your healthcare provider about all your medical problems, particularly if you have or ever had:

Tadalafil is contraindicated to be administrated with any form of organic nitrates. Organic nitrates are drugs that widen arteries by increasing their supply of nitric oxide. That is how they open the partially blocked coronary arteries in patients with angina. But because nitrates and tadalafil both act on nitric oxide, the drugs should not be co-administrated. All experts agree that men who are taking nitrates cannot use pills for erectile dysfunction; this includes all preparations of nitro-glycerine (short-acting, under-the-tongue tablets or sprays), long-acting nitrates (isosorbide dinitrate or Isordil, Sorbitrate, and others, and isosorbide mononitrate, Imdur, ISMO, and others), nitro-glycerine patches and pastes, and amyl nitrite or amyl nitrate (so-called poppers, which some men use for sexual stimulation). Using tadalafil with these type of drugs may cause an excessive decrease in blood pressure and finally, cardiovascular collapse.

According to the Tadalafil Package leaflet, the co-administration of doxazosin (anti-hypertensive, alpha-blocker) and tadalafil (5 mg daily dose and 20 mg as a single dose) increases the blood pressure-lowering effect of tadalafil in a significant manner. This effect lasts at least twelve hours and may be symptomatic, including syncope. Therefore, this combination is not recommended.

Is Tadalafil safe for men with heart disease?

For more information on the safety of Tadalafil, check out our article on the topic here.

How should I take tadalafil?

Tadalafil comes as a tablet to be taken orally. It could be taken with or without food.

The pill should not be split, crushed, or chewed. It should be swallowed whole with a glass of water.

Tadalafil for use as needed should be taken 30 minutes before sexual activity and not more often than once every 24 hours. In this case, the first dose recommended is 10 mg. The dose should be adjusted depending on how you respond to the treatment. The dose could be increased to 20 mg or reduced to 5 mg depending on the efficacy and tolerability. The maximum dose of tadalafil is 20 mg as a single dose.

Tadalafil for daily use does not necessarily need to be taken before sex, but it needs to be taken at the same time every day. This provides erectile potency 24 hours per day and can be used by men who anticipate engaging in intercourse two or more times per week. The indicated dose is 2.5 mg, but it can be increased to 5 mg based upon the efficacy and tolerability.

Worried about buying online? This article should put you at ease. We always have qualified pharmacists on hand to help also!

If you have a sudden decrease or loss of vision or hearing, stop taking any tadalafil product, including Cialis and call a healthcare provider right away.